Hi everyone! Matthew Sciarappa, Kendra Winchester, and Jennifer from Insert Literary Pun Here on YouTube are hosting the Women in Translation Readathon this month from the 24th to the 31st, so I thought I’d recommend some books you might want to read during the readathon!

Ever since I read the delightful Where the Wild Ladies Are (which I’ve included in this post), I’ve been on a Japanese fiction kick and have been wanting to read and recommend more Japanese fiction, so here are 10 titles translated from the Japanese, all of which have been written and/or translated by women. (I’ve only read 2 of these, but I’m so ridiculously excited to read the rest of them!!) 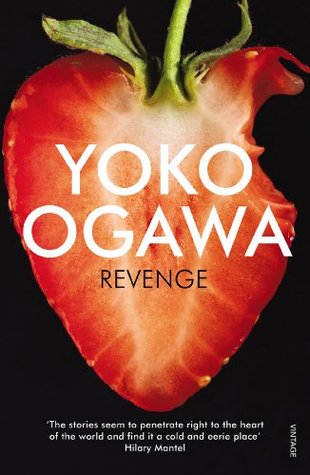 From this beginning Yoko Ogawa weaves a dark and beautiful narrative that pulls together a seemingly disconnected cast of characters. In the tradition of classical Japanese poetic collections, the stories in Revenge are linked through recurring images and motifs, as each story follows on from the one before while simultaneously introducing new characters and themes. Filled with breathtaking images, Ogawa provides us with a slice of life that is resplendent in its chaos, enthralling in its passion and chilling in its cruelty.

2) THE EMISSARY by Yōko Tawada (translated by Margaret Mitsutani) 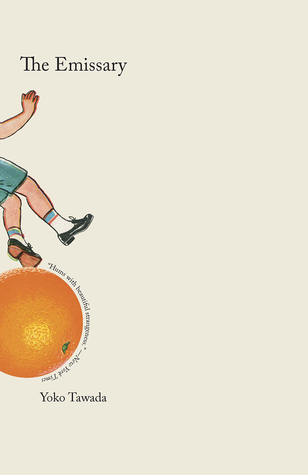 Japan, after suffering from a massive irreparable disaster, cuts itself off from the world. Children are so weak they can barely stand or walk: the only people with any get-go are the elderly. Mumei lives with his grandfather Yoshiro, who worries about him constantly. They carry on a day-to-day routine in what could be viewed as a post-Fukushima time, with all the children born ancient—frail and gray-haired, yet incredibly compassionate and wise. Mumei may be enfeebled and feverish, but he is a beacon of hope, full of wit and free of self-pity and pessimism. Yoshiro concentrates on nourishing Mumei, a strangely wonderful boy who offers “the beauty of the time that is yet to come.”

A delightful, irrepressibly funny book, The Emissary is filled with light. Yoko Tawada, deftly turning inside-out “the curse,” defies gravity and creates a playful joyous novel out of a dystopian one, with a legerdemain uniquely her own. 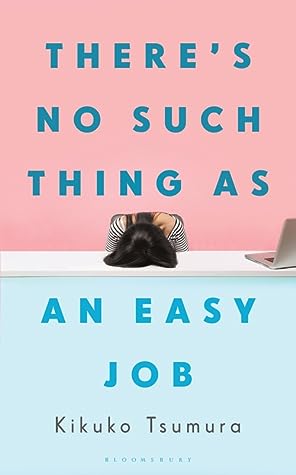 Convenience Store Woman meets My Year of Rest and Relaxation in this strange, compelling, darkly funny tale of one woman’s search for meaning in the modern workplace.

A young woman walks into an employment agency and requests a job that has the following traits: it is close to her home, and it requires no reading, no writing – and ideally, very little thinking.

She is sent to a nondescript office building where she is tasked with watching the hidden-camera feed of an author suspected of storing contraband goods. But observing someone for hours on end can be so inconvenient and tiresome. How will she stay awake? When can she take delivery of her favourite brand of tea? And, perhaps more importantly – how did she find herself in this situation in the first place? 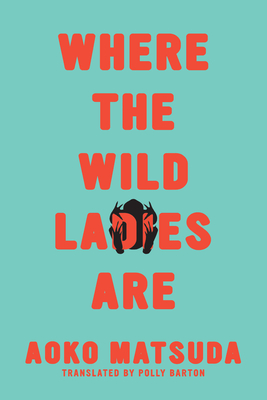 In this witty and exuberant collection of linked stories, Aoko Matsuda takes the rich, millenia-old tradition of Japanese folktales–shapeshifting wives and foxes, magical trees and wells–and wholly reinvents them, presenting a world in which humans are consoled, guided, challenged, and transformed by the only sometimes visible forces that surround them. 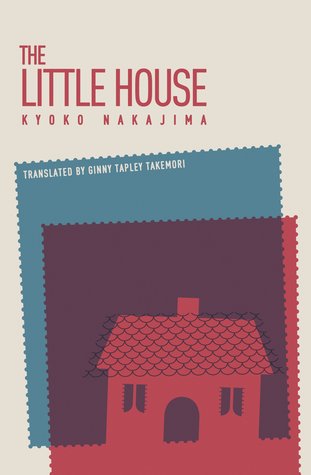 Little House is set in the early years of the Showa era (1926-89), when Japan’s situation is becoming increasingly tense but has not yet fully immersed in a wartime footing. On the outskirts of Tokyo, near a station on a private train line, stands a modest European style house with a red, triangular shaped roof. There a woman named Taki has worked as a maidservant in the house and lived with its owners, the Hirai family. Now, near the end of her life, Taki is writing down in a notebook her nostalgic memories of the time spent living in the house.

Nakajima manages to combine skillful dialogue with a dazzling ending. The result is a polished, masterful work fully deserving of the Naoki Prize. 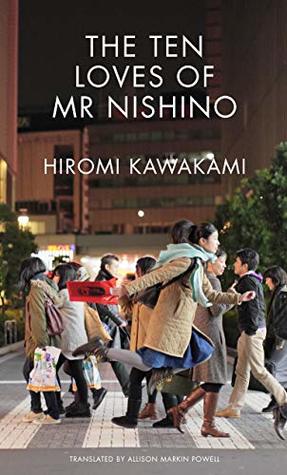 Minami is the daughter of Mr Nishino’s true love.
Bereaved Shiori is tempted by his unscrupulous advances.
His colleague Manami should know better.
His conquest Reiko treasures her independence above all else.
Friends Tama and Subaru find themselves playing Nishino’s game, but Eriko loves her cat more.
Sayuri is older, Aichan is much younger, and Misono has her own conquests to make.

For each of them, an encounter with elusive womaniser Mr Nishino will bring torments, desires and delights. 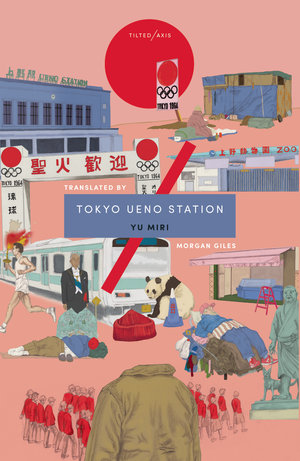 Born in Fukushima in 1933, the same year as the Emperor, Kazu’s life is tied by a series of coincidences to Japan’s Imperial family and to one particular spot in Tokyo; the park near Ueno Station – the same place his unquiet spirit now haunts in death. It is here that Kazu’s life in Tokyo began, as a labourer in the run up to the 1964 Olympics, and later where he ended his days, living in the park’s vast homeless ‘villages’, traumatised by the destruction of the 2011 tsunami and enraged by the announcement of the 2020 Olympics.

Akutagawa-award-winning author Yū Miri uses her outsider’s perspective as a Zainichi (Korean-Japanese) writer to craft a novel of utmost importance to this moment, a powerful rebuke to the Imperial system and a sensitive, deeply felt depiction of the lives of Japan’s most vulnerable people.

8) Out by Natsuo Kirino (translated by Stephen Snyder) 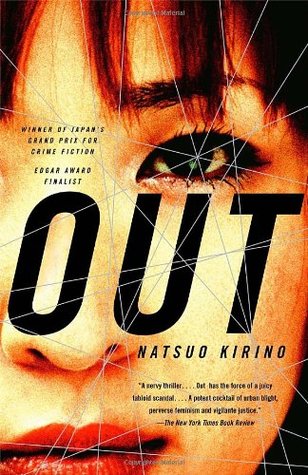 Natsuo Kirino’s novel tells a story of random violence in the staid Tokyo suburbs, as a young mother who works a night shift making boxed lunches brutally strangles her deadbeat husband and then seeks the help of her co-workers to dispose of the body and cover up her crime.

The complex yet riveting narrative seamlessly combines a convincing glimpse into the grimy world of Japan’s yakuza with a brilliant portrayal of the psychology of a violent crime and the ensuing game of cat-and-mouse between seasoned detectives and a group of determined but inexperienced criminals. Kirino has mastered a Thelma and Louise kind of graveyard humor that illuminates her stunning evocation of the pressures and prejudices that drive women to extreme deeds and the friendship that bolsters them in the aftermath. 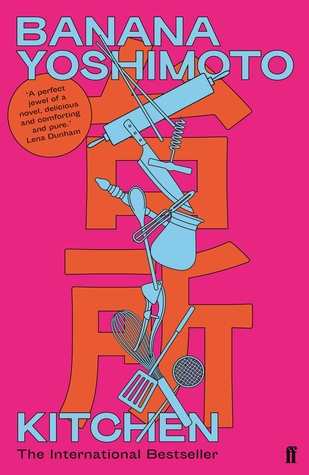 When Kitchen was first published in Japan in 1987 it won two of Japan’s most prestigious literary prizes, climbed its way to the top of the bestseller lists, then remained there for over a year and sold millions of copies. Banana Yoshimoto was hailed as a young writer of great talent and great passion whose work has quickly earned a place among the best of modern literature, and has been described as ‘the voice of young Japan’ by the Independent on Sunday.

10) Territory of Light by Yūkio Tsushima (translated by Geraldine Harcourt) 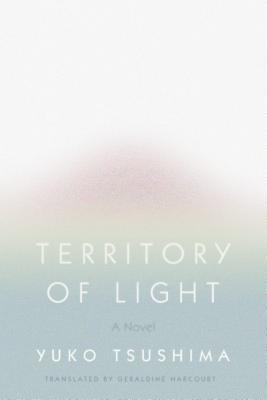 It is spring. A young woman, left by her husband, starts a new life in a Tokyo apartment. Territory of Light follows her over the course of a year, as she struggles to bring up her two-year-old daughter alone. Her new home is filled with light streaming through the windows, so bright she has to squint, but she finds herself plummeting deeper into darkness, becoming unstable, untethered. As the months come and go and the seasons turn, she must confront what she has lost and what she will become.

At once tender and lacerating, luminous and unsettling, Yuko Tsushima’s Territory of Light is a novel of abandonment, desire, and transformation. It was originally published in twelve parts in the Japanese literary monthly Gunzo, between 1978 and 1979, each chapter marking the months in real time. It won the inaugural Noma Literary Prize.

17 thoughts on “10 BOOKS TRANSLATED FROM THE JAPANESE (#WomenInTranslationMonth)” 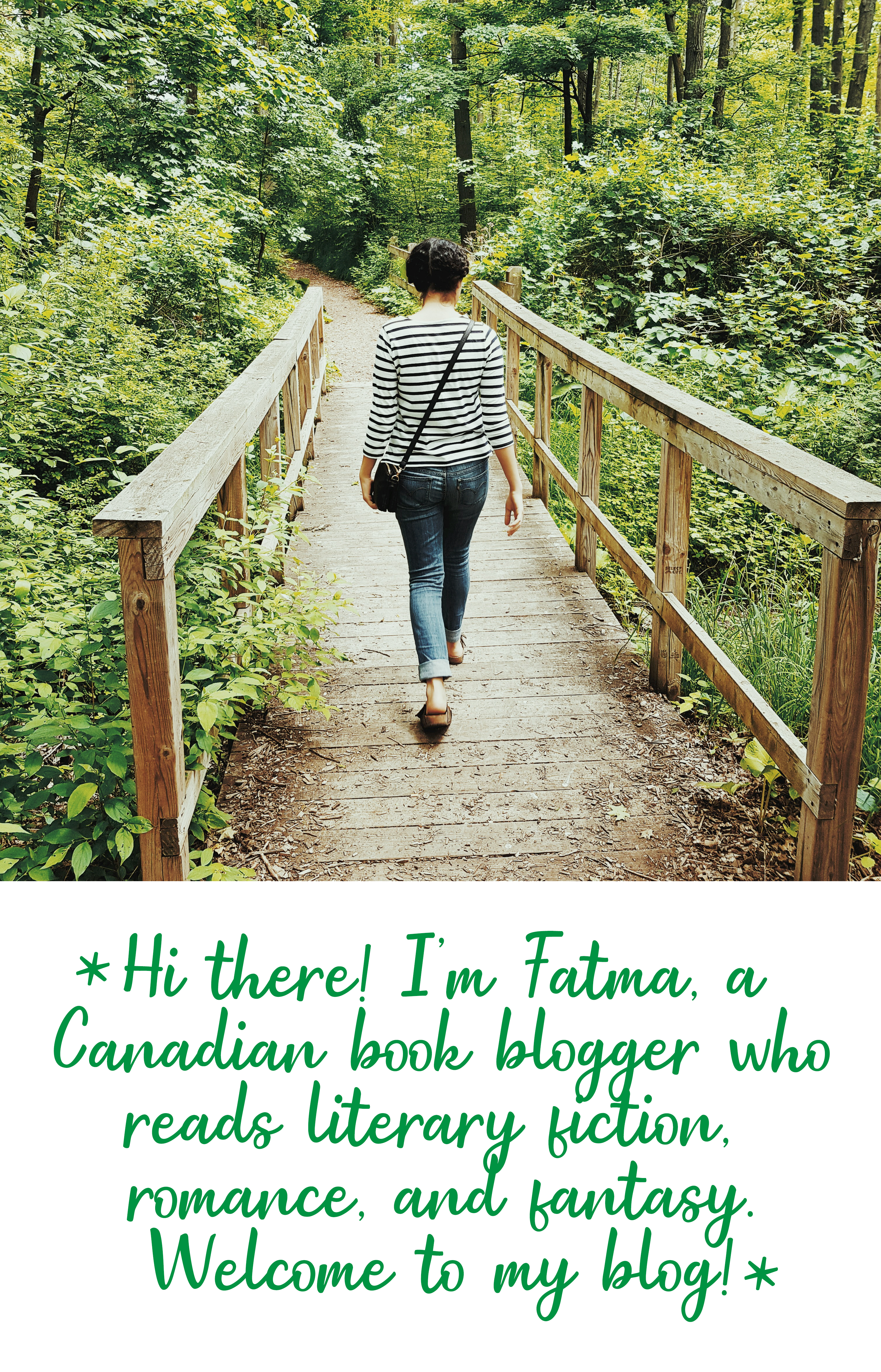 The Right to Sex is a sharp, incisive book: it cuts to the heart of the matter. And Srinivasan is so *good* at this--at zeroing in on the linchpin of the issues she is discussing, getting at their most fundamental aspects. The topics that these essays cover, too, are not straightforward: there is, of course, the question of whether anyone has a "right to sex," but there are also questions around pornography, teacher-student relationships, sex work, and consent. None of these topics are new to feminism, and indeed Srinivasan is not really interested in putting forth some kind of "new" argument about any of them. What she *is* interested in, however, is trying to grapple with the ambivalence that lies at the heart of all these topics--and it is this emphasis on ambivalence that I think truly distinguishes this book as a collection of critical essays.
A modern classic in the making, Trust is one of the most fascinating novels I've read all year.
So a while ago I wrote a blog post about paintings as book covers, and then recently I thought why not bring it to my instagram 🎨 I had to do some serious sleuthing to find the names of some of the paintings on these covers, but I am nothing if not persistent, so here we are. I loved looking into the paintings behind these book covers: by comparing the two you really get to see the work that designers have put in--whether cropping, tonal adjustments, etc.--to make a painting look like a cover, and one that suits the book that it's going to be representing. There are some really stunning paintings here--my personal favourites from this list are the ones for A Certain Hunger and The Bass Rock--so I hope you enjoy!!
"In the first year of the Thirty-Third Dynasty, when He came to the planet where I was born and made of it a wasteland for glory’s sake, my ten-times-great-grandfather’s king and lover, Alekso Undying, built on the ruins of the gods who had lived before Him Alectelo, the City of Endless Pearl, the Bride of Szayet, the Star of the Swordbelt Arm, the Ever-Living God’s Empty Grave.
I hate to say it but this was a total flop for me. 😔
happy release week to The Islands by Dionne Irving!! I'm so excited to read this short story collection--I've been meaning to read more short story collections this year--and I love the sound of this one! (Catapult always comes out with such cool collections, too.) 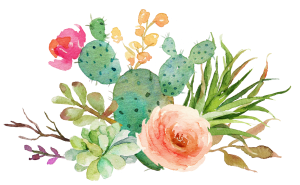