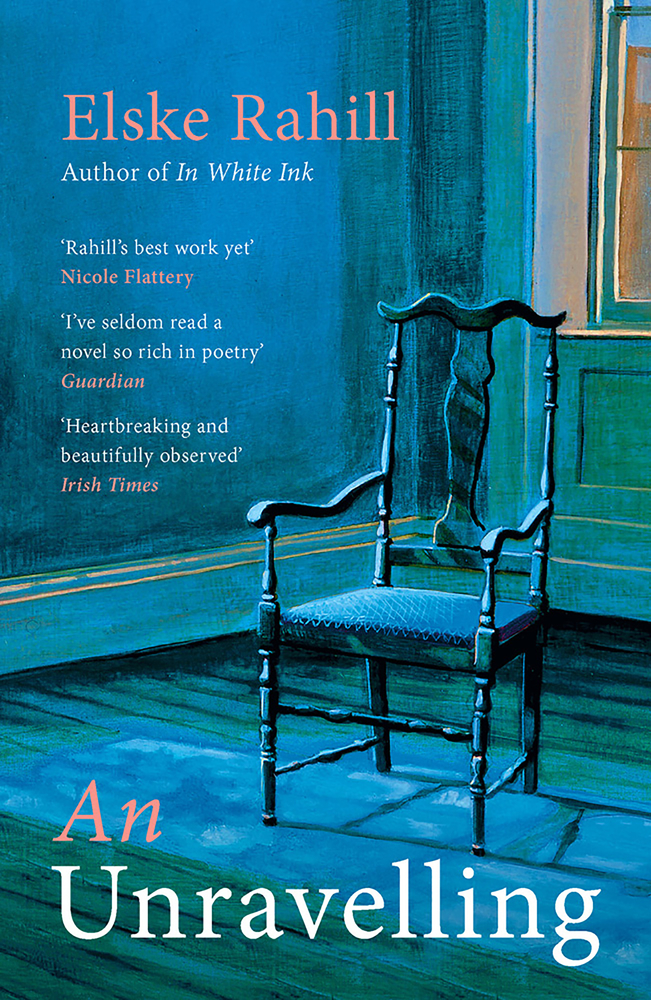 An Unravelling is a novel that very much echoes its title. Its characters unravel, come apart, as do their families. But this unravelling is itself echoed in Rahill’s narrative form, the way she chooses to, little by little, unravel her characters to the reader, delving deeper into their histories and relationships. And Rahill’s writing is beautiful–measured and particular, invested especially in details of characters’ sensory awareness:

“All down those years she’s been handling her time like portions she could measure out and weigh–but that’s not the nature of the thing at all. It moves in gushes, washing ove rhere with its great crash and spill before she has a chance to draw breath and look at things and say goodbye to any of it.”

Aside from her sharp but quiet writing, Rahill excels at inhabiting the voices of each of her characters–and “inhabit” is exactly the word to use, here. An Unravelling is a polyphonic novel, replete with idiosyncratic, intergenerational voices, and in Rahill’s hands, those voices speak clearly and distinctively.

These aspects of the novel come together to form an exploration of various intersecting themes, namely motherhood and aging, all from female POVs. The women of An Unravelling are young and old, with and without children, financially secure and insecure. The POVs run the gamut from Molly, who is in her eighties and having to come to terms with the traumas of her past as well as make decisions about the future; to Freya, who is a student and a single mom dependent on her family to keep her and her son afloat whilst also attending university; to Aoife, who is now in her sixties and struggling to accept the fact that she has aged; even to Megan, who is the two year old daughter of Cara, Freya’s older sister and mother of three.

An Unravelling is, like Megan Hunter’s The Harpy, a novel about how domestic spaces are all but safe and comforting. They are spaces that are subject to turmoil, whether small or monumental, spaces on the verge of being unsettled, or else already unsettled. Rahill’s novel was perhaps a little too long for my liking, with too many unresolved plot threads, but still, it is a compelling read with fine characterization that is well worth your time.

Thanks so much to Independent Publishers Group for sending me a copy of this in exchange for an honest review! 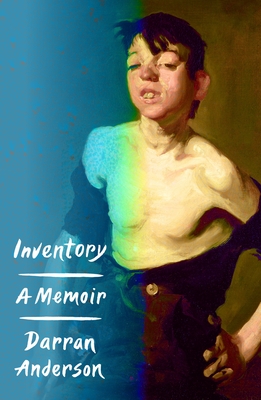 “How might it be possible to reconstruct a lost person? To thread bone onto soul and muscle onto bone and skin onto muscle without creating a monster or marionette. To rebuild a human being from photographs, documents, contradictory fragments of memories. The objects and impressions they left behind perhaps form a silhouette of negative space resembling a figure. A presence in the shape of an absence. Perhaps it is also worth establishing what first took people apart. To follow the unwinding thread.”

Inventory is such a multifaceted work: it’s part world history, part family history, part social history, part memoir. But beneath its diverse and eclectic interests, it’s preoccupied by one essential thing: the past. And it is this preoccupation that gives the book’s narrative its momentum. The past, in Inventory, is a slippery, unwieldy thing. Anderson does not uncover it so much as reconstruct it. Indeed, to a great extent the pasts discussed in this book have been buried: family members hesitate or refuse to share traumatic pasts, pasts are entirely erased with the tearing down of properties, people die and so too do their pasts. In response, Anderson tries to make sense of the gaps in his and his family’s story. And throughout the book, he calls attention to his attempt to do so: he asks his mother for what she remembers, he sits down with his grandfather to record his stories, he seeks out microfilms of old newspapers to gather information. All of these things make Inventory feel like a project of making sense of the past.

But more than just a project, Inventory is a personal project. In many ways Anderson’s attempt to make sense of his family’s past is also an attempt to make sense of himself: his upbringing, his adolescence, his relationship to his forbears. And the way his personal project unfolds is in his taking inventory of the objects from his and his family’s past.

“We’d fixate on the objects. Not just to play with but to inspect from every angle. We knew instinctively that all the objects found were invested, or had once been, with some kind of meaning.”

There it is: Anderson takes inventory of these objects, holds them up to the light, because they mean or meant something to him; they are invested with something beyond their physical existence. The very structure of this book hinges on this fact, with each chapter titled after an object: a periscope, a torch, a football, a television, a shovel, an LP.

Beyond that, Anderson also examines his own past living during the tail end of the Troubles, from his life as a kid in Derry to his adolescence to his eventually leaving Northern Ireland. What I found especially striking about the more memoir-ish parts of Inventory is the haunting specificity of Anderson’s writing. Lines like “I remember laughing with nerves, not for the last time, at the sight of trauma,” or how at one point it “gradually dawned” on him that he couldn’t go to sleep “because the nocturnal soundtrack of helicopters was no longer there. The silence of peace was deafening.”

Anderson writes: “Time is the spreading of ink on a page wet with rain.” If so, then Inventory is his attempt to reconstitute, in part at least, that seeping ink, to give it shape, illegible as it may be.

Thanks so much to Farrar, Straus and Giroux for providing me with an e-ARC of this via NetGalley! 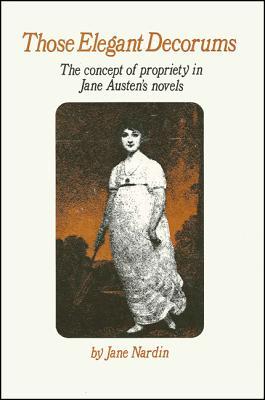 In Those Elegant Decorums Jane Nardin asks, “How can an intelligent individual manage to survive in society at once satisfying its demands upon him and perceiving his own integrity of judgement?” Throughout her book, she attempts to answer this question by examining how each of Austen’s novels depicts propriety in both its protagonist and secondary characters.

Nardin’s writing is simple, but in a way that strengthens rather than flattens her work. Her arguments seem straightforward because she has stripped them down to their essentials, presenting them distinctly and succinctly. And indeed, her arguments are persuasive (I especially enjoyed the chapter on Mansfield Park and Persuasion). Even more, in analyzing the novels in order of their publication date, Nardin traces the ways in which Austen’s conception of propriety develops and changes across her oeuvre. Sense and Sensibility sees propriety as part of a social contract that an individual is entitled to fulfill by virtue of participating in their society. Persuasion, however, significantly pushes back on one big conventional and moral rule of propriety (one’s duty to one’s parents/parent figures). The trajectory she unpacks in Austen’s novels is not from “simplistic view of propriety” to “complex view of propriety,” but rather one in which Austen decides to explore different aspects of propriety in different novels, turning propriety this way and that and seeing what results.

I also really enjoyed that this is as much a book of literary criticism as it is a sociological one. Nardin’s focus–the intersection between the individual’s needs and the society’s demands–is inherently sociological, and this makes her book not just interesting in terms of its literary exploration of Austen’s works, but also just as a sociological exploration in and of itself.

Those Elegant Decorums is an accessible and well-thought-out work of literary criticism, and very cleverly and straightforwardly lays out arguments that will have you paying more attention to propriety and all its related aspects (“elegance,” “decorum,” “civility,” “manners”) in Austne’s novels the next time you read them.

(Thank you so much to SUNY Press for providing me with a copy of this in exchange for an honest review!)