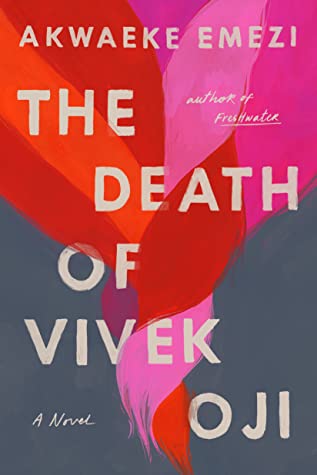 I really wanted to enjoy this, but I didn’t feel like any aspect of it particularly impressed me…

The Death of Vivek Oji is a compelling novel in that its narrative is very much readable, largely because of the mystery element of the novel–the big question being, of course, how did Vivek Oji die? Emezi weaves in several points of view throughout the novel, introducing you not only to Vivek himself (in fact, you get very few chapters from him), but to the community surrounding him: his mother, his cousin, his friends, and even minor characters who seem only tangentially related to Vivek.

Nothing about this novel is especially bad, but I wanted more from it. The writing was fine, the character work was fine, the dialogue was fine. Having finished it only 2 weeks ago, though, I can’t say that much from this novel has stuck with me. Sadly, The Death of Vivek Oji was mostly a forgettable read.
(Thank you to Faber and Faber for providing me with an e-ARC of this via NetGalley!) 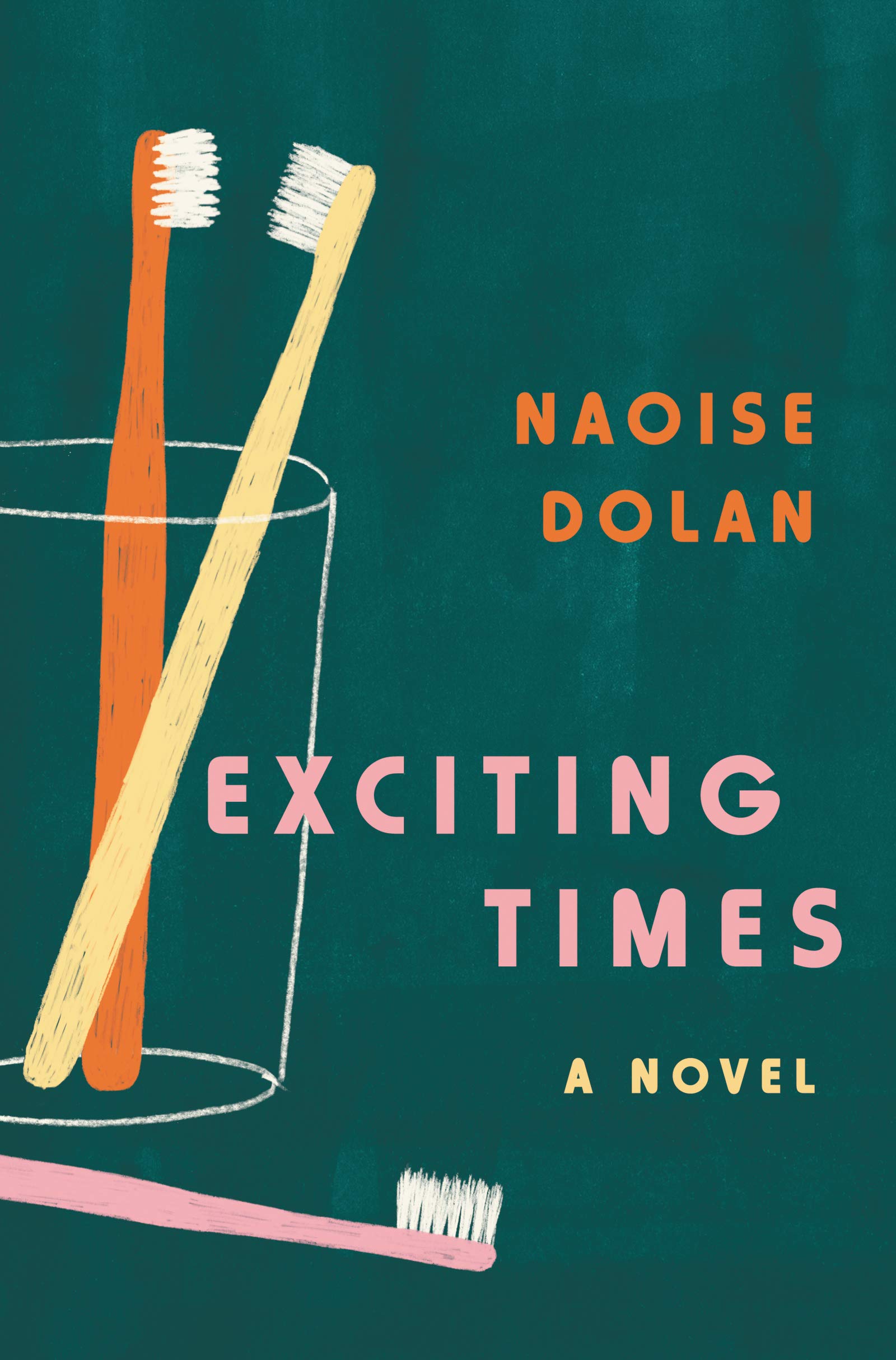 Exciting Times is, in many ways, an insular novel, not unlike its main character Ava and her contracted social world. It’s set in Hong Kong, one of the most sprawling cities in the world, and yet the narrative does not unfurl along this sprawling landscape. Instead, it occupies a very specific space, the space that Ava carves out with the two other main characters of this novel: Julian and Edith. Given this, it’s not surprising that this is a novel that is also extremely invested in the complex interplay between race, nationality, class, and gender (among others) that underpins its characters relationships. Ava is particularly attuned to the subtleties and implications of this interplay, though that doesn’t necessarily mean she is always right in her observations, or that she always acts in accordance with them.

And to address the literary elephant in the room: yes, I see the Sally Rooney comparisons. Where they primarily stem from, I think, is the social investment that these authors so consciously and consistently bring to their novels. Their characters do not take their social worlds for granted and so question and try to peel back what assumptions—about power, race, gender, class, etc.—operate under what circumstances and in what ways in those social worlds.

That being said, where I think this novel fell short for me, and where Rooney’s novels do not fall short for me, is in its lack of emotional stakes. I just didn’t feel all that invested in these chatacters.

Still, Exciting Times is a well-observed novel that takes care to highlight the complex web of identities that relationships inevitably bring with them.

Thanks to HarperCollins for providing me with an e-ARC of this via Edelweiss in exchange for an honest review! 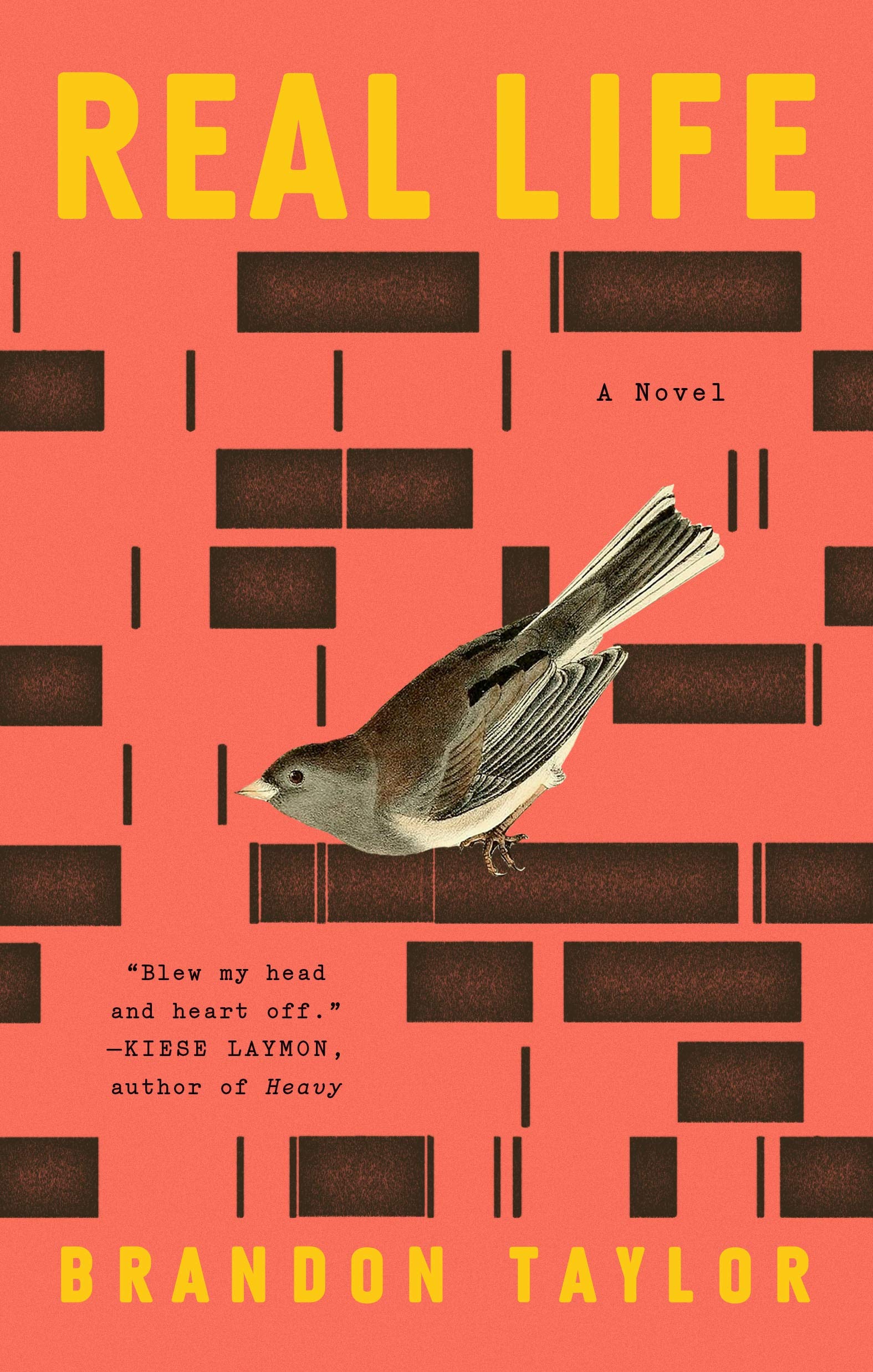 A lot of the times I’ll read literary fiction that proves unbearably irritating because it is so intent on blowing every single one of its moments out of proportion: every word of dialogue, every glance, every movement becomes imbued with monumental implications, the author somehow gleaning paragraphs and paragraphs’ worth of information out of a moment that seems, to put it simply, Not That Deep. Oftentimes this kind of attempt to make a novel brim with meaning backfires and instead makes it painfully caught up in its own forced significance. Real Life is a novel that resists all the trappings of this attempt at artificial meaning-making, a novel that in fact pays the right amount of attention to the minute.

“Off to the side, a man is eating something from a cardboard bowl. He has the sort of lean face in which the muscles of his jaws are visible as they work. Wallace watches the muscles slide and shift beneath the man’s skin, which is olive colored. There is also the thickening muscle in his neck as he swallows, the food passing down and down through his throat and into the darkness of his body. This is an ordinary act, so commonplace as to seem invisible, but when any such act is considered, there is a wild strangeness to it. Consider how the eyelid slides down over the eyeball and back, the world cast into an instant of darkness with every blink. Consider the act of breathing, which comes regularly and without effort–and yet the great surge of air that must enter and exit the body is an almost violent event, tissues pushed and compressed and slid apart and opened and closed, so much blood all over the whole business of it. Ordinary acts take on strange shadows when viewed up close.“

To me, that last line is almost the thesis of the whole novel: “Ordinary acts take on strange shadows when viewed up close.” This statement takes on different inflections throughout the novel, depending on the context in which it becomes salient: relationships with friends, with romantic and/or sexual partners, with classmates, with professors and advisors. Taylor exerts such a careful control on his writing in this novel that despite their ostensible ordinariness, acts are rendered in substantial and yet not unnecessary detail; these acts matter not just (and not always) because they represent some huge, monumental thing, but also because of the fact that they are, in the end, still ordinary.

I am thinking especially of the ways in which Real Life pays attention to the pervasiveness of the microaggressions that Wallace, as a Black man, has to experience in his almost exclusively white campus. Taylor depicts an environment in which microaggressions proliferate and fester, creating a milieu that is suffocating in its insistence to let them go unchecked and indeed actively unacknowledged. Microaggressions, here, operate as a kind of act that seems ordinary to those who are not on the receiving end of them, those who were never meant to be the targets of these microaggressions to begin with.

“And there is the other thing–the shadow pain, he calls it, because he cannot say its real name. Because to say its real name would be to cause trouble, to make waves. To draw attention to it, as though it weren’t in everything already.”

Again there is this idea of a “shadow” that lies beneath what is on the surface of an interaction. If “ordinary acts take on strange shadows when viewed up close,” then microaggressions are ordinary acts whose marginalizing effects stem from them being and staying in those shadows. Microaggressions are significant precisely because they are ordinary, because they are, as Wallace says, “in everything.” They are also the acts that those who don’t experience them refuse to acknowledge. Put another way, the ordinary is important not just because it represents something bigger, in this case implicit racism, but also precisely because it is ordinary, because that implicit racism takes shape and thrives in commonplace occurrences.

And this is not to mention that all of this is coming from people who are supposed to be Wallace’s friends. Needless to say, these microaggressions (and in some cases overt racism) take their toll on Wallace, leaving him exhausted, frustrated, or else resigned to their inevitability. Taylor builds this kind of environment so intricately and precisely, laying one brick atop another until in the end you’re faced with the sheer overwhelming height of an inherently racist structure. It infuriated me on behalf of Wallace; I honestly don’t remember the last time a novel angered me this much.

I also think it’s important to underline the fact that Wallace is more than the marginalization he faces; things don’t just happen to him. He’s a fascinating, instropective, relatable and yet oftentimes entirely elusive character. He’s always so alert to his world, attuned to the lines of connection (or tension) that thrum within his friend group.

I have so much else to say, but I’m going to stop here, as I think I’ve written plenty already. That being said, Real Life is a novel that explores so many more topics with tact and insight: sexual abuse, trauma, sex, grad school–I’ve only touched the tip of the iceberg here. More broadly, it’s a novel that intricately and deftly examines the textures of relationships and interactions, the ways in which they often operate as a push and pull. I loved this one so much.