“The change that came about in her life robbed her of so much it was as if a bomb had destroyed her home.”

Abigail is like a finely made Swiss watch: elegant, precise, measured. It is a novel that is like clockwork in that it never falters, so assured is it in its storytelling, its tone, its pace. It quietly lays out each piece of its story with purpose but without fanfare: Hungary 1943, a fifteen-year-old girl is inexplicably sent to a boarding school by her father–it all seems straightforward. But Szabó’s brilliance lies in how she is able to bring together all the little pieces of her novel into a climax that stuns, moves, and surprises you in equal measure. The hints are all laid out for you to piece together–and you can to a certain extent–but you become so invested in following the story as it is presented to you, in Gina’s joys and sorrows, that you forget that the breadcrumbs do, in fact, lead somewhere. And once you get there, everything just clicks. Ultimately, I think that’s Szabó’s greatest skill as a writer: she deftly carves out these small moments throughout her narrative, only to reveal to you the sheer force and heft that they can have once viewed together.

I would also be remiss not to mention how deeply human Szabó’s characters are. I felt so keenly for Gina, naive and snobbish as she sometimes is, but also endearingly kind and empathetic. And the community of girls that Szabó creates around Gina is so alive and fully realized; I really felt like I was with these girls as they tried their best to navigate the “monochrome” world of their strict school and its unyielding rules. But by far my favourite dynamic in this novel was the one between Gina and her father. I can’t recall the last time I read about a father-daughter relationship that was so beautifully and tenderly drawn. (It makes me want to cry just thinking about it, to be honest.)

Abigail is an excellent novel while you’re reading it, but it is a brilliant one once you finish it. The writing, the storytelling, the characters–all just pitch perfect. If Magda Szabó’s other novels are as good as this one–and you better believe I’ll be reading the rest of her work–then I may very well have found a new favourite author.

(Thanks so much to New York Review Books for sending me a review copy of this! I’m so excited to read more of their NYRB Classics collection–they all sound AMAZING.) 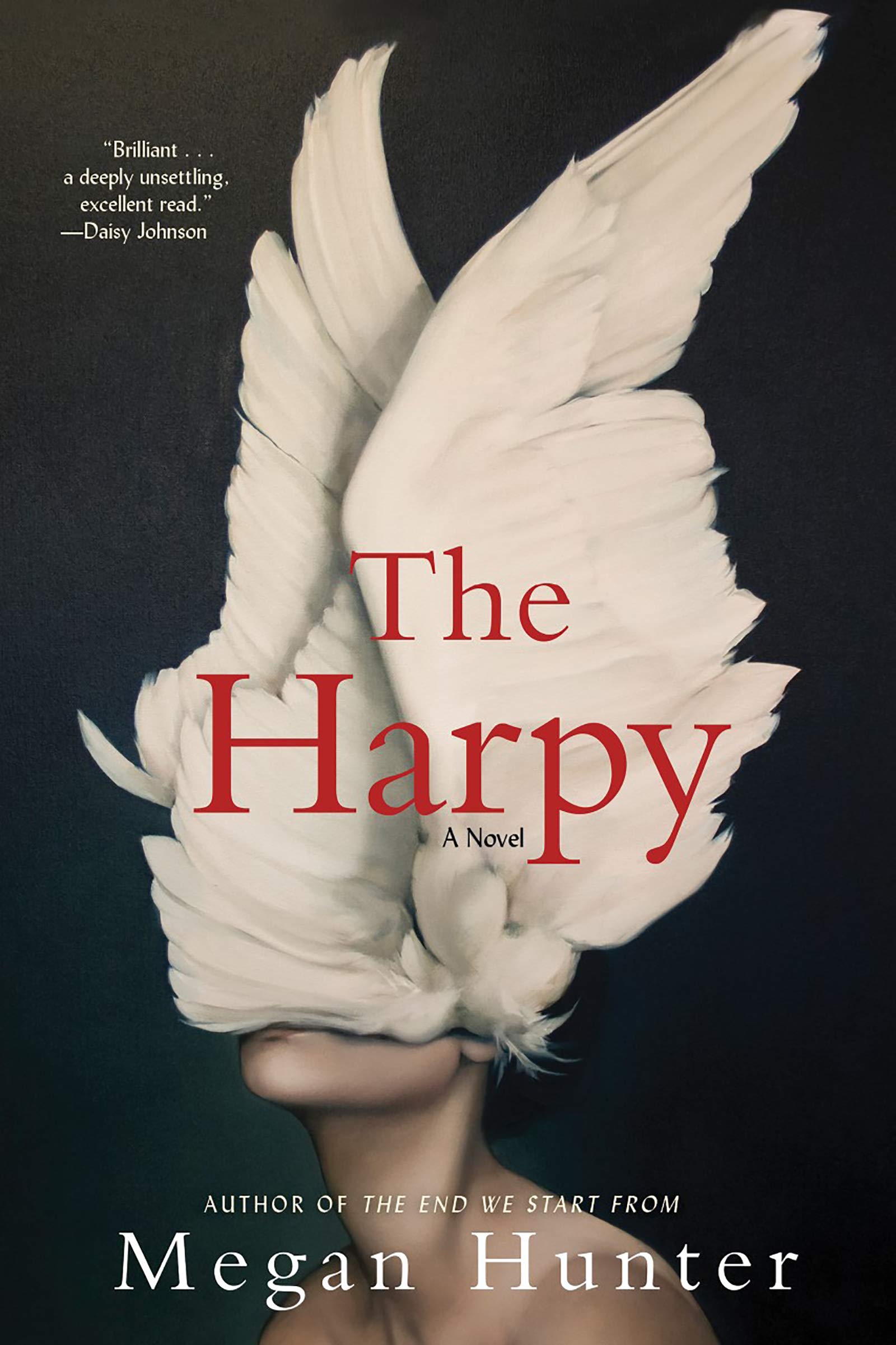 The Harpy is not a quiet novel so much as it is a simmering one. Confronted by her husband’s infidelity, Lucy is left discombobulated, unsure what, exactly, she is supposed to do. There is a lot in this novel about the small but accumulative indignities of motherhood, the way Lucy constantly feels subject to the barbs of not being enough: as a mother, as a wife, as a homemaker. In particular, she struggles to address a low-level malaise and restlessness that seem to pervade the routines of her very middle-class, very unexceptional everyday life.

“In this place, most husbands had highly paid jobs, travelled a lot. Most wives, despite their multiple degrees, did all the school runs, counted the days until their men returned from Stockholm or Singapore. When something broke through – a disease, a death, a divorce – it was like a meteorite, something cosmic landing in our lives.”

And then, in the midst of all this already-existing turmoil, Lucy finds herself thrust in the role of the Cheated-On Woman. “Role,” here, is a resonant word, for Lucy is keenly aware that the story of her husband’s infidelity belongs to the wider, all-too-common story of husbands cheating on their wives. How, then, is she to act? How to absorb the shock of this revelation into the the family she has with her husband, her two young sons? The novel as a whole is an answer to those questions, though it’s certainly not a simple or uncomplicated one.

“I could not think of a way to confront Jake that did not feel scripted, stilted, too cheesy or on the nose. I could fling myself at him, pummel his chest with my fists, demand that he tell me everything. I could, carefully and without crying, cut every single one of his work shirts into shreds.”

Tying these themes together is the harpy, a creature from Greek and Roman mythology, a winged predator, half-woman, half-bird. Hunter’s choice to align Lucy’s unexceptional life with this exceptional creature is compelling—more importantly, though, it works. It gives what might’ve otherwise been a trite, overdone story an edge and a more fresh outlook.

“Nobody thinks they will become that woman until it happens. They walk down the street, knowing it will never be them.

They have no idea how it is: like the turning of a foot on a crack in the pavement, the slip of an ankle from the kerb, a falling, a single instant, the briefest action, changing it all.”

Though I typically tend to avoid novels that seem to be about people wallowing in their sadness because their (fairly privileged) middle-class lives are too boring for them :(((, I didn’t find that to be the case with The Harpy. It kept me engaged, and I really sympathized with Lucy. It’s a short novel with short chapters and writing that is simple but effective, one that, in the end, is about identity and violence as they intersect and unfold in the realms of motherhood and marriage.

Thanks so much to Grove Atlantic for providing me with an e-ARC of this book via NetGalley in exchange for an honest review!