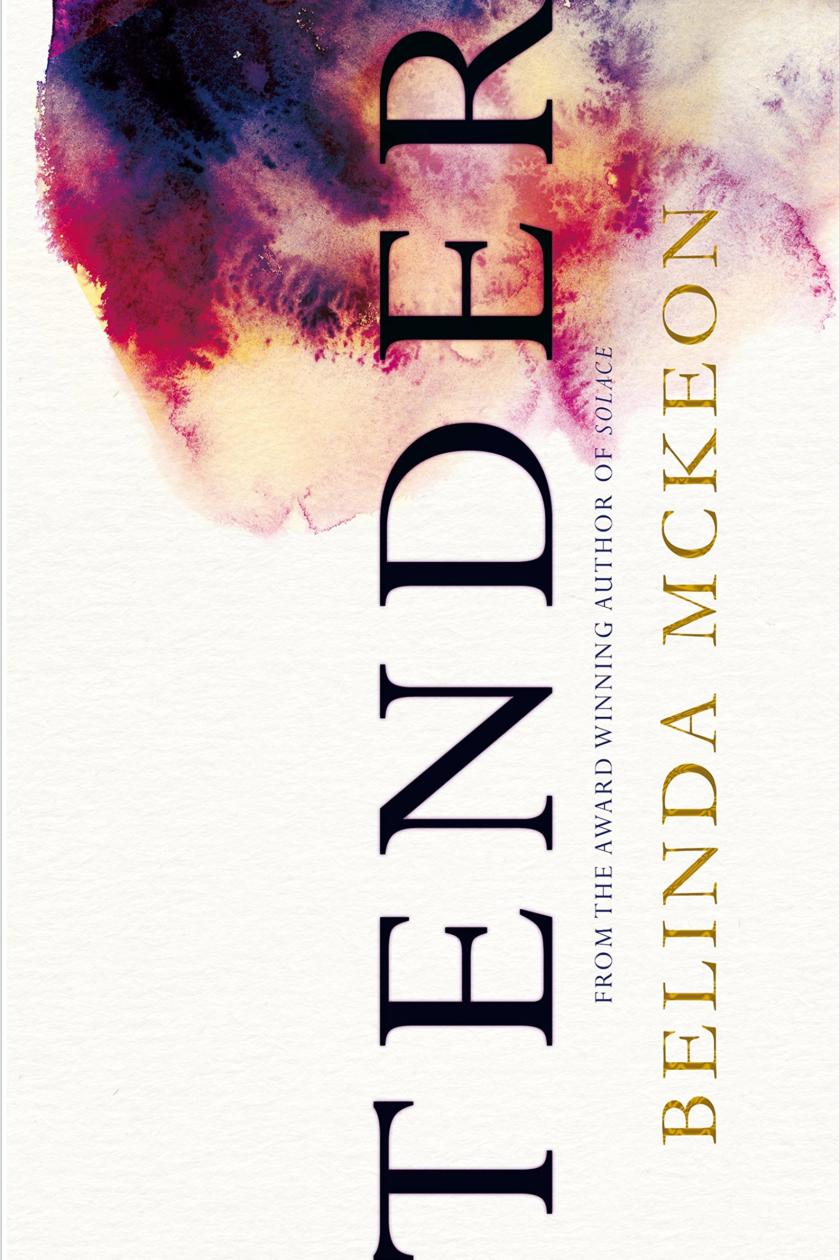 Mckeon’s Tender is a novel that progresses much like a bruise would: the writing, when it initially hits the page, is sharp and vibrant in its impact, filled with all the excitement of a new, all-engrossing friendship. But as the plot unfolds, the bruise of that initial impact becomes more and more apparent, blooming into increasingly worrying shades of purple and blue, the colours of something gone wrong, something that is so clearly not right happening.

“She laughed. There was a pleasure in hearing him use her name; it was so direct. It was somehow a higher level of attention than she usually got from people; almost cheekily personal. Intimate, that was what it was. And yet pulled clear of intimacy, at the last second, by the reins of irony which seemed to control everything he said, by his constant closeness to mockery. She found herself wanting more of it, and she found, too, that it held a chellenge: to edge him away from that mockery towards something warmer. To make him see that he was wrong in whatever decision he had made about her, about her silliness, about her childishness, about whatever it was he had, by now, set down for her in his mind.”

All of this is to say, McKeon is so good at depicting the gradual collapse of her protagonist, Catherine; the narrowing, over time, of Catherine’s psychological vision. The writing is honest and fluid, almost overflowing in its attempts to catch up with Catherine’s frantic thoughts. Form and content work in parallel, here, the writing becoming more fragmented and divided just as Catherine’s ever-increasing focus on her singular subject becomes more desperate.

(Trying to be vague here so as not to spoil the intrigue. 👀)

More than anything, though, what Tender does that I haven’t seen from a lot of novels is not just depict, but substantially delve into deeply uncomfortable and unpleasant emotions: jealousy, self-pity, possessiveness, clinginess, self-loathing. All of it done, too, in the context of a friendship and a toxic, unrequited love. But McKeon builds her novel’s central dynamic, the fraught friendship between Catherine and James, with such nuance and layers that come what may, I was ready to follow these characters into whatever circumstances they happened to find themselves in. Needless to say, I was not disappointed.

One thought on “BOOK REVIEW: TENDER by BELINDA McKEON”